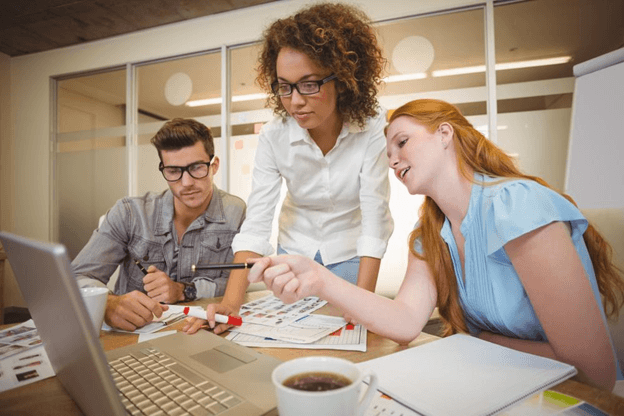 Gone are the days when Times New Roman and Ariel were the only two options web design and web development companies had to choose from. Today, designers have access to a number of different fonts that help make their content stand out and become memorable. Without further ado, let’s discuss the top fonts designers love to use.

This particular font was inspired by the architectural signage of the 20th century and has an assertive appearance. The geometric font has made it on the list of designer favorites because of its professional look. Some may criticize its apparent overuse, but the fact remains that Gotham possesses a timeless appeal which is always going to be in vogue.

Designers appreciate the versatility of Brandon Grotesque and use it for direction pointing signs, wedding invites, vintage designs, interactive displays, and more.

If you swear by a minimalistic approach, Poppins is the font for you. Just like how good design doesn’t need a whole bunch of elements jammed together, a beautiful font can look ideal with only minimal effects. When it comes to the Poppins font, every letter it employs is equal in character height. The spacing between these characters also looks great when used as a body text or a heading font.

This is a fun, cheerful font that will help you make the best of any light-hearted topic. It portrays a bright outlook and thus, compliments a number of different styles. It is one of the top fonts designers love because of its appearance.

Futura is for those who are a fan of timeless lines and classic-themed script. This is one of the reasons it’s the top choice for many designers. Futura goes well with a number of content styles and is widely considered a fail-safe font. It doesn’t matter what size the company is or the industry it belongs to, the font always seems to uphold its relevancy and appeal.

Klavika is perfect for making text notable. It’s a mesmerizing font which has a welcoming, striking vibe. The letter G (upper or lower case) can become a head turner when Klavika is used. We are a leading web design and development agency based in West Palm Beach, Florida. Our services include expert app design and website development which facilitate clients in boosting their conversion rates. Get in touch with us today to find out exactly how you can gain from our repertoire of services.